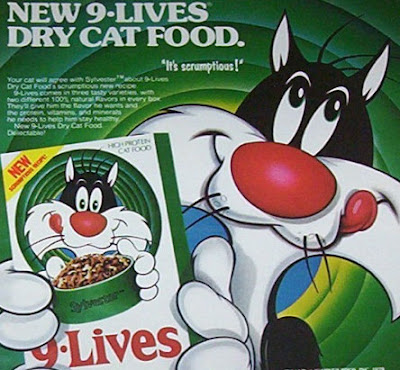 We've featured some commercials of Sylvester for 9Lives cat food here in the past (click here to see them) and here's another one.  This one is from 1979.

Just a quick post to show off a recent flea market find, this 1971 thermos of Bugs, Yosemite Sam and Elmer (all three sides shown in the picture below).  A pretty nice piece to add to the old Looney Tunes shelf.  You don't run across vintage thermos bottles like these very often. 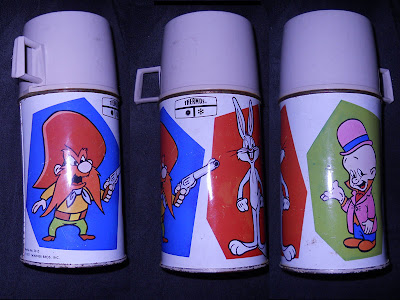 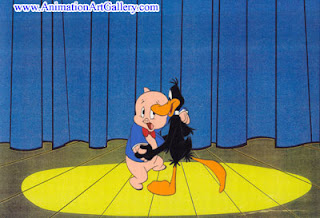 I've seen cels like the one above showing Daffy dancing with Porky pop up on various animation art dealer websites for years now, but was never quite sure where this scene originated. Thanks to YouTube, it appears it came from the opening to an Italian compilation television program titled Warner Show. The intro below suggests the show showcased the Looney Tunes and other popular WB animated shows of the day (Tiny Toons, Taz-Mania, Animaniacs).
Posted by Jon Cooke at 10:52 AM 2 comments: 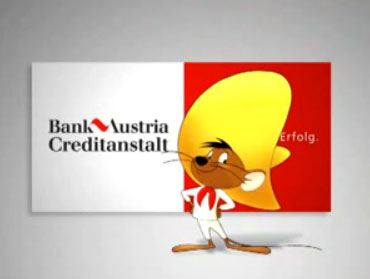 From 2006, here's a commercial for Bank Austria featuring Speedy Gonzales.

"Marvin the Martian in the Third Dimension" (1997) 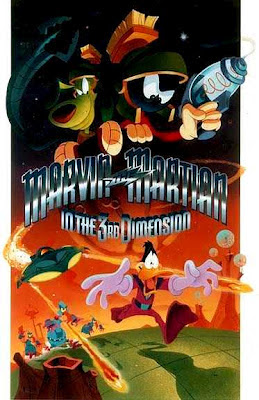 In 1997, Warner Bros. released a short film produced in 3D for the Warner Bros. Studio Store in New York City. It was also shown at Six Flags theme parks and in limited theatrical presentation. While animated films in 3D are the norm now, it was a landmark then.

Unseen for many years since, it recently turned up on the Looney Tunes Platinum Blu-Ray release. Directed by Doug McCarthy and voiced by Joe Alaskey, the film features Daffy Duck as an actor playing hero Duck Dodgers. Marvin mistakes Daffy's overacting for a legitimate threat and brings him to Mars. It's not great, but it is a rarity, and worthy of mention and viewing here!

From 1952, here's Bonnie Baker and Mel Blanc on Capitol Records performing "That's all, Folks!"... you can probably guess who Mel plays.

If you've been reading this blog long enough, you know that the Road Runner and Wile E. Coyote are hands down the biggest advertising sellouts of all the Looney Tunes characters. How many commercials have they been in? How many products have they hawked? We've lost count.

Here's the latest, in which Wile E. contemplates insurance giant Geico's gecko mascot as a meal, before a gun safe falls on him.

Posted by Matthew Hunter at 10:16 PM No comments: 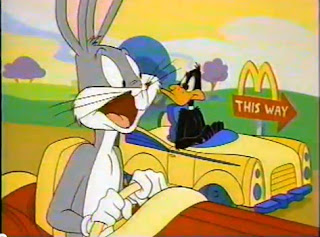 Welcome back to Misce-Looney-ous after (another) extended hiatus.  Today we have dug up a commercial from 1993 for a series of Looney Tunes Happy Meal cars from McDonald's.  The set of four featured Bugs, Daffy, Taz and Porky... who, for unknown reasons, drove a ghostbusting van with a pop-up ghost inside.

Just a quick post to plug a new blog by Misce-Looney-ous' Matt Hunter which is devoted to classic and not-so-classic comics starring the Looney Tunes gang.  Be sure to check it out:

http://looneycomics.blogspot.com/
Posted by Jon Cooke at 12:06 AM No comments: