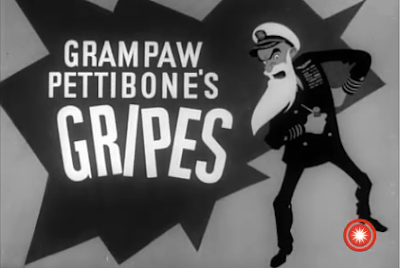 A website called Critical Past has posted an animated 1945 United States Navy training film from the WB cartoon studio which can be viewed here. It is called "Flight Safety: Dive Bombing Crashes" featuring an old curmudgeon named Grampaw Pettibone. While not big on gags like the US Army Private Snafu shorts were, it is always interesting when a piece of previously unknown classic Warner animation turns up. 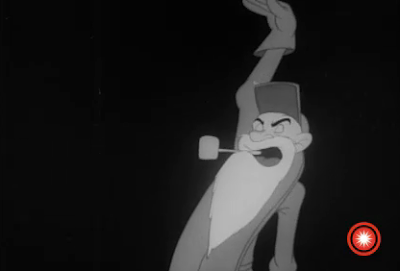 (Thanks to Termite Terrace poster, WoodpeckerWoody, for posting a link on the GAC Forums).
Posted by Jon Cooke at 2:48 PM